TRACK OF THE WEEK 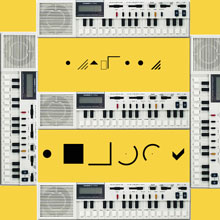 Seems to me that Erol Alkan is trying to ‘out DFA’ the DFA on this fantastic rework from Hot Chip. The track starts out all moody, bleepy, glitchy electronica with trippy vocals and grows into a low-fi balearic crescendo (if there is such a thing). It is magnificent in so many ways and should appeal to the clubheads out there just as much as the mushroom chompers of this world – Blindin’!

Man I love this tune so much, even more than I did on my last posting! and it fills 15 minutes of my show too which is always a bonus! 🙂 There’s something really special about this remix and I’m really feeling the ‘Disco DFA’ vibe! On another note, given that when it came out in December last year only 100 copies were pressed, I’m rather pleased that I have a copy – What – You mean an mp3 doesn’t count? Bugger!

A great Bootleg this from Party Ben mixing up the LCD Soundsytsem’s Daft Punk is playing at my house with Gorillaz, Kate Lenlow, MC Hammer amongst others – Mashup’s are dead my arse!!!

For more bootlegs from Party Ben go to: http://www.partyben.com/

Fantastic new and very cheerful single from the Flaming Lips from the new ‘At War With the Mystics ‘ CD, their the twelfth studio album. It seems they’ve now moved away from the digital sounds that dominated their 2002 release ‘Yoshimi Battles The Pink Robots’ and have taken on a more experimental, organic sound described by leader Coyne as "space-age jazz and progressive Dixieland" – It can’t be ignored!

An excellent remix of Kylie’s Slow from the Chems. Given that Kylie was going through a bit of an Electronica phase at the time of release it’s hardly surpising that this glitchy club version of ‘Slow’ works so well! Good old Kylie, you gotta love her – And such a nice arse too!

Go to http://www.chimeric.demon.co.uk/diversity/articles/airbrush.html for further information about Kylie’s arse! 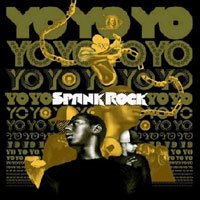 An ode to the bearded Zenmeister of maximum noise-creation, This track ‘Rick Rubin’ is in fact Spank Rock’s very own, somewhat cryptic brag suggesting that, just as Rick Rubin transformed modern music in the mid-eighties, now Spank Rock are going to do the same for the mid-noughties. The track itself has tonnes of squelching bass, bizarre latin percussion, talking drums, random electronic squeaking, robot voices, and a rhyme from Spank Rock himself that skips through concepts and ideas at such speed that it leaves you dizzy.

A brilliant re-working of Franz Ferdinand’s current single from one of my favourite remixmeisters!!! Some people (ie. Planet L) say it never really gets going – Tosh!!!! 😉

DFA Records have finally released ‘The DFA – The Remixes Chapter One’ this month. The CD collects 9 of the DFA Remixes done since their inception in 2001, starting with the first ever, "Deceptacon" by Le Tigre. The full track listing is as follows:

Volume 2 will be released sometime in September

For more info go to: http://www.dfarecords.com/

That’s it for this week, more next!!