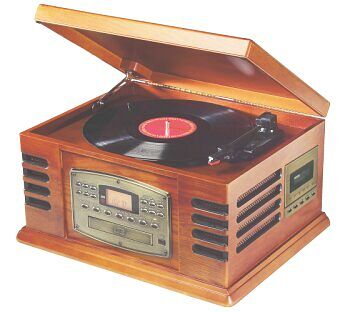 ECHOBELLY – GREAT THINGS
played this one for my daughter daisy who was 6 this week. always liked the lines: “i wanna do great things, don’twanna compromise, i wanna know what life is, i wanna try everything” and thought it was a suitably edifying track todedicate to her. echobelly, of course, were among the also-rans of brit-pop that flared so brightly and briefly backin the late 90’s. i expect that they’ve all moved into A & R work these days. or driving mini-cabs.

MILD EUPHORIA – ALGEBRA SPAGHETTI
i always talk over this one which is a pity because it’s a disarmingly sweet choon and can be found on the album ALGEBRA SPAGHETTI released on SIESTA RECORDS. i find that you always need a good choon to talk over at the beginningof a show and for the last few weeks or so (and for the next few i expect) this is it. one day i will play it allwithout saying a word.

CANNONBALL JANE – HEY HEY ALRIGHT .
i love cannonball jane. she’s a cross between ST.ETIENNE, THE GO! TEAM and THE RONNETTES which is pretty much all ittakes to get played on my show. she teaches music to infants in brooklyn n.y. and her album STREET VERNACULAR is oneof my finds of the year. lo-fi sugary pop – to be treasured.

BELLE AND SEBASTIAN – WHITE COLLAR BOY
wry glitter pop from their new album THE LIFE PURSUIT which took a few plays to get into actually. the secret was toleave it in the car stereo for a few weeks and before too long me and the kids were all singing along on the schoolrun. altogether now…”You’re not too ugly you can kiss me if you like!”

ARTY FUFKIN – HOLLABACK GIRLS FEEL GOOD
the first of todays bootlegs mashing up the ever popular GORILLAZ with GWEN STEFANI. you can find this and manyother links to some good little mash-up sites by going to www.bootie.tv/home/bb/ what is a hollaback girl anyway?

GNARLS BARKLY – CRAZY
dj dangermouse and cee-lo. i don’t know who cee-lo is but dj dangermouse sprung into notoriety with the release ofhis bootleg THE GREY ALBUM mashing up the beatle’s white album with jay-z’s black album. it’a a good idea but it’snot something that you’d ever want to listen to twice. but it caught the ear of damon albarn and so he produced theexcellent album by the GORILLAZ last year. CRAZY is the first single to be released from the album ST. ELSEWHERE andhas been number 1 in england and possibly the rest of the world for weeks. as has the album. it’s alright; veryelegantly produced. bit too soulful for me but has a few psychedelic flourishes in the studio to keep me interested.i play three mash-ups of this track later on in the show.

MATT HITE – MATERIAL MICKEY
mashes up madonna’s material girl with toni basil’s mickey. always going to be a winner. one of those tracks whereyou think: that was so obvious – why didn’t i think of that? probably becuase you’ve got better things to do withyour time, i expect. bootleggers don’t get out much.

APEBOY – ORINOCCO BITCH (LENLOW RE-EDIT)
the prodigy vs. enya, of course. lenlow is one of my favourite bootleggers and he claims that this was one of hisfavourite mash-ups but just needed a bit of re-jigging with the arabic wailing from the original prodigy track putback in. always raises a smile this one, from me anyway.

CCC – SLAVE BACK
one of five new tracks released by ccc this past couple of weeks. this one mashes grace jones with moloko. not ahuge fan of grace jones but am a big fan of ccc whose work is more interesting than a lot of others because he’shappy to plunder pops history for his tracks (most bootleggers just work around the latest beyonce single). his mostnotable success is his mash-up of the beatles album revolver which he mashed up as REVOLVED. find him athttp://www.mashups.blogspot.com/

THE GO! TEAM – WE LISTEN EVERYDAY
avaiable on the australia only tour ep ARE YOU READY FOR MORE released last year. i like this one – it’s shouty.

HOT CHIP – THE BOY FROM SCHOOL (EROL ALKEN’S EXTENDED MIX)
it’s the track they’re all talking about. well me and dj simon are anyway, and mrs pepperpot and lawrence noirpopped round the other night and they were talking about it too so that kind of amounts to the same thing. anyway,expect to hear this one coming at you from all over the shop for the next few months. this is perfect coming upmusic for sunny days and late nights.

THE SHORTWAVE SET – IS IT ANY WONDER?
from the excellent album THE DEBT COLLECTION this was one of my favourite albums of last year. made entirely fromsamples culled from the sort of records found in the back of dusty charity shops on a rainy day the shortwave setquickly became my favourite band in the world for days. there are echoes of stereolab and broadcast in their soundbut that’s probably why i took them so quickly to my heart. this particular track is probably the best thing iplayed today so i hope you got to hear it and you didn’t have the kettle on or anything while i was playing it. iunderstand that they’ve just remixed a track by moby but i expect dj simon can tell you all about that.

THE CHILLS – KALEIDOSCOPE WORLD
i bought this the week i left home. i played it constantly in my tiny cold bedsit while i day-dreamt of bettertimes. 25 years later i get to play it on my radio show on waiheke island. just goes to show something or other,doesn’t it?

IRN MINKY – CRAZY TOGETHER
in which beyonce and primal scream get mashed up. a big hit with mrs pepperpot this one so hopefully it will get abit of air play on her show too.

CHEEKY BOY – CRAZY AVALANCHES
the first of the show’s three gnarls barkly mash-ups. this one takes the avalanches ‘frontier psychiatrist’ andslips it effortlessly over the gnarls barkly track. what with dj dangermouse making good from the bootleg world it’sno wonder everyone is chomping at the bit to get their hands on his stuff. these three bootlegs are all so good icouldn’t choose between them so i just thought i’d play them all.

ARTY FUFKIN – CRAZY LOGIC
in which the track get’s mashed with supertramp’s ‘the logical song’. genius.

DJ SCHMOLLI – CRAZY BABY IT’S YOU
my personal favourite – this time bringing the ronnettes to play. this is why people should be allowed to makebootlegs – they can bring joy to a cluttered heart.

GO HOME PRODUCTIONS – DON’T HOLD BACK (SWEET JANE)
another argument for the continued existence of bootleggers – this is one of those tracks that makes you think:”wow! i’d never have thought of that” but then GHP is the man. wossname’s lyrics from the chemical brothers’galvanise’ over the soundtrack to the velvet underground’s sweet jane. genius. could do without u2 joining in buti’m sure they just kinda fitted – what are you going to do?

JACK PLANCK – MILKMAN VS. THE SCREEN ACTORS GUILD
from the strange and lovely album TO HELL WITH YOU I’LL MAKE MY OWN PEOPLE jack planck is one of JACKNIFE LEE’S sideproject. jacknife lee recently-ish produced vertigo by u2 but i don’t jold that against him – i just mention that togive him a bit of background for you just in case you don’t know who i’m talking about but i don’t suppose that hasentirely cleared it up for you.

BELLE AND SEBASTIAN – BLACK AND WHITE UNITE
been playing this in the car all the time lately – this is from their album STORYTELLING which is the soundtrack tothe TODD SOLONDZ movie which i never saw – got vey mixed reviews apparently, you either like his stuff or you don’t.not my favourite B&S album but possibly my favourite B&S track – sugary sweet and slightly melancholic and a choonyou can hum til the cows come home (should you care to)

JACKIE LEE – RUPERT THE BEAR
another track for daisy – well what’s the point of having your own radio show if you can’t play songs for yourdaughter’s birthday. not that i needed much excuse to play this gem from 1971. have you noticed that she sings’rupert the bear’ when in fact, as mrs planet L will tell you, his name is actually rupert bear.

THE LOLLIPOP TRAIN – JOYFUL
just what it says on the label. the soundtrack to skipping through meadows on a summers days while sniffing atdandelions and possibly getting a few cart-wheels in. beautiful and a big favourite of laurie’s from the sunsetcafe.

THE BRUNETTES – WHALE IN THE SAND
one of my favourite kiwi bands. i expect they’ll have an album out any day now.CCC – LOVELY AND EASYin which the commodores are mashed up with goldfrapp’s ‘lovely head’. great track this.

CCC – SHE’S SLIPPING INTO SOMETHING
as is this. it’s always tricky mashing up the beatles because the originals are just too engrained on theconsciousness but this is a fine, fine track. the beatles ‘she’s leaving home’ mashed with kinobe’d “slip intosomething more comfortable’. i don’t know why 3 tracks from ccc got played today. just kinda had that special planetL vibe i was after i suppose.

SOFT HEARTED SCIENTISTS – ISABELLA, KEEP RIDING THE ROAD TO THE SEA
the soft hearted scientists produced my favourite album of last year with UNCANNY TALES FROM THE EVERYDAYUNDERGROWTH. psychedelic pastoral whimsy from wales this album has so many fine songs it lived on my stereo over thesummer.

JIM NOIR – TURN YOUR FROWN INTO A SMILE
because that’s what we do here on the planet L radio show – turn frowns into smiles. this track is taken from hisdebut album THE TOWER OF LOVE which combines more whimsical noodlings with beach boy harmonies making it right up mystreet.

tell you what – this took ages to do. i may not be as proficient at this as i at first hoped. expect something new next week but who know’s, eh? happy listening…