”Get us some more of those funny mushrooms, boys, your dad likes them on his pizza”

THE ROLLING STONES     WE LOVE YOU

The Rolling Stones at their psychedelic best; released in the aftermath of the draconian prison sentences handed out to Jagger and Richards following the Redlands home invasion by Metropolitan police in the summer of 1967 – defiant and angry, cheeky and ironic, a slap in the face for the establishment forces that were hounding them at the time, and an absolute gift of a single, featuring a psychedelic catalogue of gaol sounds, mellotron, Morrocan beats, otherworldly taped vocal effects and, of course, John and Paul on backing vocals. Marvellous record.

Sitar-driven, Krautrock space raga from The Earlies, the half-Manchester, half Texan quartet, a band who transcend their prog influences for their second album THE ENEMY CHORUS, released in 2007, and instead bring some Stereolab to the mix. Not to damn them with faint praise or anything – I think this track is thrilling.

I love this track – it’s taken from their debut release the ALIENOID STARMONICA EP, from 2006. It features this brilliant, woozy country and western psychedelic classic Hey Leanne, which don’t half sound like ‘alien’ when pronounced slowly, or indeed, fastly – it took me ages to figure that one out. I mean, I’m a fan of the band anyway, but this track is jaw-droppingly good.

AMORPHOUS ANDROGYNOUS     GIVEN THAT WE’VE GIVEN

Taken from the album THE PEPPERMINT TREE AND THE SEEDS OF SUPERCONSCIOUSNESS, released in 2008, this is a trippy little number from an album that is not unlike a Syd-era Pink Floyd relic covered by Faust and produced by Can. This is Future Sound Of London under their psychedelic guise that is both mystical and inventive, and comes across as a psychedelic-soul-sitar-tastic mash-up of eastern vibes and sonic landscapes of hyper-sound – with the odd tune thrown in.

Acid-soaked toy town charm and whimsy from a band that seemed to have released just this one song before disappearing into the fairy mists of time without leaving so much as a whisper of the themselves on the internet, or a word on the back of an old record sleeve, or a footnote in Kaleidoscope Eyes: Planet L’s Bumper Book of Psychedelic Music From The 60’s to the 90’s (a trusty reference book in the days before the internet). It’s as if they never existed – all that remains is this one record, the cheertfully lysergic Green Mello Hill (correct spelling, by the way, for a song that has left such little trace of its own existence), released in 1969, and one of those songs that you delight to chance upon every now and then.

This band, however, seem to have made loads of albums (and might even still be touring in one form or other), but regretably, after a couple of #1 singles in the mid-60’s, people stopped buying them. This track, complete with Byrds-type harmonies come from their second album RENAISSANCE, released in 1967, and is the psychedelic confection on a record that otherwise featured a kind of jazz-folk-rock-bubblegum-pop approach to album making that eventually went out of style. Strangely, Pandora’s Golden Heebie Jeebies sounds better now than it did then. Enjoy.

From side two of the classic 1968 album, OGDENS’ NUT GONE FLAKE, of course, in which the great Stanley Unwin narrates the story of Happiness Stan and his search for the other half of the moon. Widely regarded as one of the first concept albums, although only side two really counts, this is The Small Faces at their most groovy and psychedelic.

Pulp’s WE LOVE LIFE, released in 2001, is best seen as the comedown album following the giddy highs of Britpop and all that media exposure that eventually messed the band up. On Weeds II, a tired and cynical Jarvis whispers witheringly about life on the margins of society, revealed in the scornful: “Come on, Do your dance, Do your funny little dance”. The thing is, it’s also incredibly trippy. The album was produced by Scott Walker, the first time he’d ever produced anyone other than himself (one feels almost duty-bound to include this sort of factoid), and he gives the album moments of grandiose musical wonder, and an air of snarling dinner table intimacy. I wonder if anyone bought it?

VOICE OF THE SEVEN WOODS     THE JOURNEY

Voice Of The Seven Woods is Rick Tomlinson, a guitar viruoso whose EP, THE JOURNEY, released in 2008, carves beautiful, spacious melodies using the sparest of components. Stately and elegiac.

No one really expected FOTHERINGAY 2  to appear out of nowhere, 38 years after the band abandoned the project following Sandy Denny’s departure to pursue a solo career, but suddenly in 2008 there it was, in the shops, and clocking up lots of column inches on the folk blog-sites. I was never really a fan of Fotheringay, but think that Two Weeks Last Summer has a haunting, hypnotic quality to it that can stop you dead in your tracks as you re-live, suddenly and unexpectedly, an incomplete perfect moment that you thought you’d managed to hide away somewhere forever in the depths of your mind, but which now completely overwhelms you as you stand helplessly in line at the post office and remember that time in the woods in the rain wi

th the one you thought you’d be with forever when love had a sound that you can no longer recall, try as you might, but it left an echo that now, for a few moments, reverberates around your tired and useless heart and causes tears to sting inexplicably in your eyes as you stand there years later, sadder and older and queueing up to pay a rates bill with all those other people, only, you’ve never felt so alone. Odd how songs can do that, eh?

BRAVE CAPTAIN     TELL HER YOU WANT HER

I’ve always liked this song – it speaks of regret and wisdom gained through aching sadness, dislocated by noise and Beach Boys vocals. Brace Captain is Martin Carr, and this was his project after the Boo Radleys split. Tell Her You Want Her is taken from his 2004 album NOTHING LIVES LONG, HE SANG, ONLY THE EARTH AND THE MOUNTAINS which, once again, kind of speaks to that part of you that loved and lost, once, only to love again – and then have lost it again, after which it’s worth retreating to somewhere in the countryside in order to take lots of drugs and otherwise give up. And maybe grow your own vegetables.

Victorian funk from junk-shop revivalists The Shortwave Set, taken from their debut album THE DEBT COLLECTION, released in 2005.  This absolute delight of an album features a melodica here, an old zither there, an Indian shruti box, an omnichord and a strange collection of tinpot instruments, samples, textures and sounds that complement their wonky psychedelic hangover songs. One of my favourite albums, in fact.

Julian Cope and mellotron from the CD that accompanied the 2000 tour, AN AUDIENCE WITH THE COPE, an evening of rock ‘n’ roll stories, fluorescent mellotrons, wa-wa electric-acoustic guitars, triumphs and failures and platform boots. On the CD’s spine, it reads:”You can’t beat your brain for entertainment”, and includes the quote by Dudley Young from his book Origins of the Sacred:”In the beginning was the holler”. I’ve always found this song strangely affecting.

And in a show of fine tunes I save the finest for last. Isabella (Keep Riding The Road To The Sea) is taken from UNCANNY TALES OF THE EVERYDAY UNDERGROWTH, a collection of their first EP’s, released in 2005, and rather like The Beta Band’s first three EP’s album, it’s proving remarkably difficult to transcend. I love this album, it’s a nearly flawless collection sugary psychedelic folky pop, full of great tunes with sing-a-long choruses that can me make happy or sad depending on my mood and the time of day. The seven way vocal harmony that takes up the second half of the song…well, I just think it’s a wonderful thing in a world that doesn’t have enough wonderful things anymore. I buy this album as presents for people. Anyway…

That was Mind de-Coder 15. I Thank You 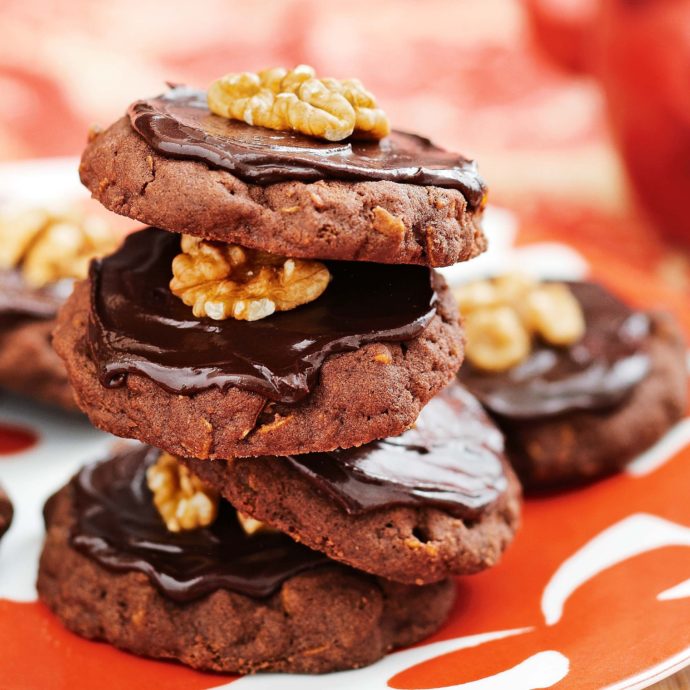 The World According to Juan #4 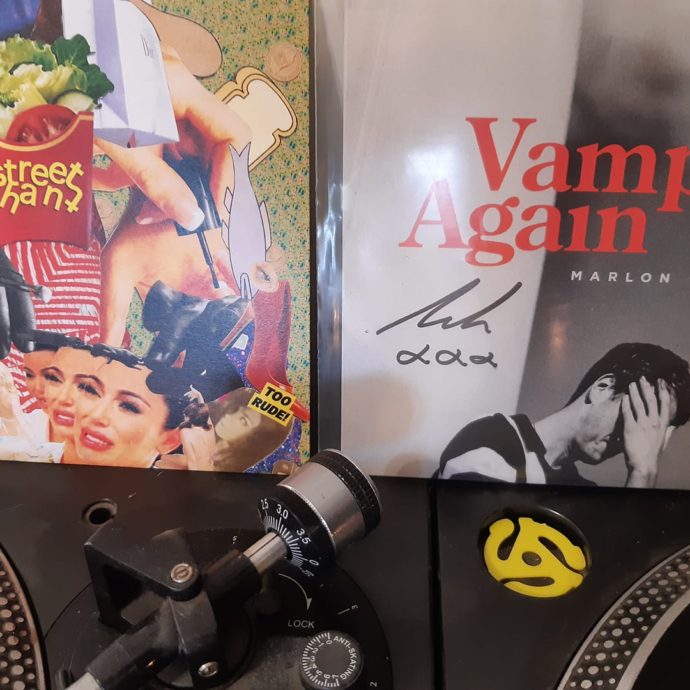 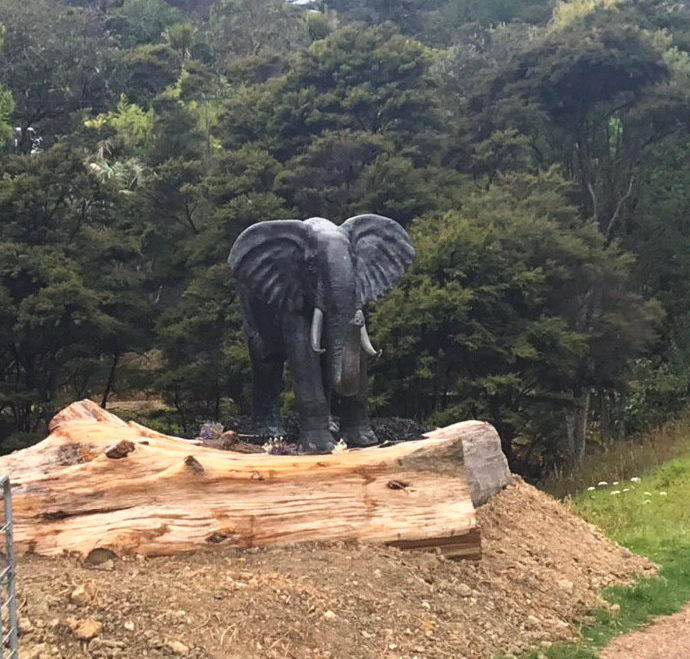