You know where you are with a name like Tinkerbell’s Fairydust – you can pretty much bet that their particular brand of sunshine pop will include passing references to unicorns, pixies and the restorative properties of a nice walk in the park, and that there’ll also be a chorus of ‘ba ba ba’s’ thrown in for good measure; in this repect the single Lazy Days doesn’t disappoint. The 1967 single was produced by Vic Smith (who went on to record The Jam and Black Sabbath) and was included on their eponymous album which included their four single releases and a bunch of cover versions that remained largely unreleased apart from a few test pressings that no one ever got to hear. It was only when one of them ended up selling for the best part of $3000on  e-bay a couple of years ago that everyone decided it was a great lost psychedelic artefact. It wasn’t, of course, but the album was finally released last year and includes such gems as In My Magic Garden and 2010, a Bach-inspired minor key piece of harmonic psychedelia, with wah-wah vox organ, mellotron flutes, Spanish style guitar, and choir-like vocals, which I must include in the show at a later date. Lazy Days never charted in the UK but typically made it to # 2 in the Japanese charts. It was, however, kept off the coveted #1position by The Beatle’s Hey Jude. This summary possibly icludes more information than you’ll ever need to know about Tinkerbell’s Fairydust.

WHERE THE MOON CAME FROM     PSYCHEDELIC SATURDAY

A righteous serving of US stoner rock that came recommended  by the station’s very own Counting The Beat presenter, Chris – that is to say, I’m not as responsible for this one as much as I usually am, but it does have a certain psychedelic intensity that can clear a room in 10 seconds flat should the need ever arrive. A sprawling 16-minute mind expanding sonic dreamscape, with added wig-outs, that brings Amon Duul to mind at the very least, this track is the result of a four hour transcendental jam session that played out one frozen Saturday afternoon in Chicago a couple of years ago. It took a year to edit into shape and includes over  300 overdubs before being released as a free download at www.rockproper.com

Few albums create such a genuinely mysterious and beguiling mood as Pumajaw’s CURIOUSITY BOX, released in 2008. It’s an atmospheric folky album, as Visiting Hour Pt. 2 attests, but it comes at it from an etherial krautrock tradition that imbues it with an engaging earthiness that makes it perfect listening for a rainy, autumnal evening in front of the fire.

A marvellously rare recording by Julian Cope available on the fan-club only release PARANORMAL IN THE WEST COUNTRY E.P., released in 1994 to accompany the Autogeddon album. This is one of four versions of the song that feature on the EP and is by no means my favourite interpretation of the track on offer,  but it does bring a certain full-on Kraut-synth wig-out to the table which I thought I’d like to share with you. In order to get the CD in question you had first to buy QUEEN ELIZABETH, one of Cope’s cosmic ambient affairs recorded with collaborator Thighpaulsandra, from which you were encouraged to remove the ‘Buy!’ sticker from the sleeve, stick it on the inside of a used envelope along with your details and then send it to his record company who would then send you a copy of the Parnormal EP by return post. But all of this had to be done in the three weeks after November 14th, 1994 and it had to be a used envelope otherwise the deal was forfeit. Julian Cope fans…don’t you just love ’em?

A small documentary clip in which Alduos Huxley describes his first experience with mescalin.

The original instrumental version of the song which, by now, regular listeners of the show will know I regard as my favourite song ever (the odd tune by Vashti Bunyan or anything else I happen to fancy that week notwithstanding). This track appears on one of my favourite albums, WILLOW’S SONGS, a selection of vintage recordings and folk songs that inspired the music featured on the soundtrack to The Wickerman.

MIRACLE KICKER, from which this track is taken, is quite simply one of my favourite trip albums, featuring spine-tingling harmonies, electronic drones, gently picked folksy guitars and huge psychedlic endings – it’s as if the album is designed  to make the heart of the listener beat faster every time it’s listened to. Released in 2008 this is a mesmeric, time-stopping album with gorgeous tunes and an uplifting sensibility – a bit like dropping an E and falling in love with the girl at the bus stop.

SPIRO     HAVE A CARE OF HER JOHNNY

Spiro do a very fine line in experimental folk instrumentals, or to put it another way, if Stereolab did folk music it would sound like this. Possibly my favourite track on tonight’s show – this is one of three pieces of music that I’d like played at my funeral, as a kind of explanation for my life as much as anything. (Oh, go on then – the other two are Spiritualized’s Ladies and Gentlemen We Are Floating In Space, the title track, not the whole album, and Primal Scream’s Higher Than The Sun, although sometimes I think I would swap this for Nina Simone’s Nobody’s Fault But Mine, depending upon what sort of mood I’m in on the day of the funeral). It’s taken from their second album POLESTAR, released in 1997. I once had what can only be called a shamanic experience listening to Have Care Of Her Johnny, and I don’t think I’ve ever been quite the same since.

BROADCAST     COLOUR ME IN

Broadcast always manage to sound dislocated in time and space, as if their music is beaming in from outer space on a particularly badly-tuned transistor radio bought in the 1950’s. Vocalist Trish Keenan sounds as if she’s singing slightly detached nursery rhymes while the band seek to hide her fragile melodies behind a carnival of vintage carnival noises and junk-shop electronic polyrhythms. Colour Me In is the pop song on THE HA-HA SOUND, their second album, released in 2003.

I think this song is simply exquisite. Kelli Ali used to provide vocals for tri

p-pop hipsters Sneaker Pimps before being ‘released’ from the group (it says here) following the success of the single 6 Underground. ROCKING HORSE is her third solo release and on it she discovers a whimsical vocal voice with which she crafts dreamy sparse explorations into modern folk and medieveal melodies that are, by turns, captivating, enchanting and haunting. I never did find out what happened to The Sneaker PImps.

Ah, here we go, my other favourite record ever made in tonight’s show – the demo version for what was to become her first single for Andrew Loog Oldham’s Immediate label in 1966. Winter Is Blue, with faux-psychedelic orchestration, was never released as a single but can be found on various compilations of the period (it even turns up on Peter Whitehead’s 1967 swinging London documentary Tonite Let’s All Make love In London) but despite added flutes and whistles it isn’t a patch on this, the original, fragile version of the song in which Vashti laments the loss of love and the passing of the seasons in what is effectively the most beautiful and evocative song I’ve ever heard (Willow’s Song not withstanding). Stopped me dead in my tracks first time I ever heard it and it continues to do so even now. You can find both versions of the song on the recent compilation of Vashti’s singles and demos, SOME THINGS JUST STICK IN YOUR MIND, released in 2007.

In many ways, ENGLISH SETTLEMENT, released in 1982, is XTC’s Rubber Soul – it’s the album they made that they couldn’t reproduce on stage and ushered in a new sublime approach to song writing. Whist the album deals largely with the horrors of modern life, Senses Working Overtime is a pastoral piece that celebrates life and all it’s wonders, as if the band had just taken some acid and then got themselves dropped off in the middle of the English countryside by a passing spaceship. Wonderful, and ever so slightly pagan.

THE BEATLES     I AM THE WALRUS

What to say about this record? That it’s the greatest psychedelic song ever rcorded by the greatest English band ever at the height of their powers? Well, yes, but that doesn’t do any justice to it’s shear linguistic playfulness, or to the fact that it remains a bitter idiosyncratic assult on the establishment that amounts to an exercise in self-definition that almost constitutes a manifesto, or that John Lennon never created anything this good ever again. All of this is true, in some way, I guess, but if you really want to know why this song is one of the defining moments of The Beatles’ career, and the greatest psychedelic record ever made, then I’m afraid you will just have to drop some acid and listen to it properly, again and again and again. It’s on THE MAGICAL MYSTERY TOUR, of course.

I was going to start the show with this track, but then wondered if I’d have any listeners left for the second song – as a statement of intent it’s certainly what Mind De-Coder is all about, so to that extent at least I thought I could just as easily finish the show with it; it’s just the sort of thing to make you prick up your ears if you were dozing off. Spectrum were one of the poppier projects that Pete Kember, formerly Sonic Boom of the Spacemen 3, persued following the demise of the Spacemen 3. Putting aside his vox guitar he instead turned to vintage analogue synthesisers, theremin and vocorder to make some of the trippiest music you’ll ever hear. New Atlantis is taken from the album FOREVER ALIEN, released in 1997, and unless I miss my mark, seems to be a reading from Francis Bacon’s 1624 novel of the same name. 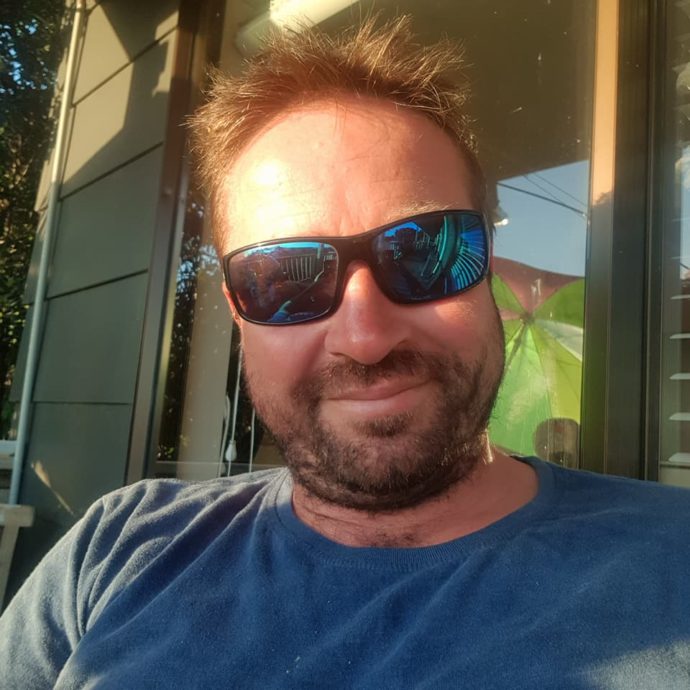 A Joint Conversation With JP Fouche 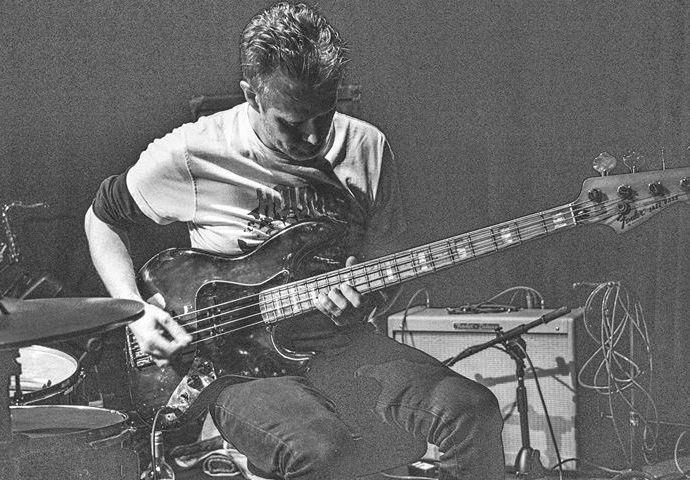 A Joint Conversation with Malcom McMoretone 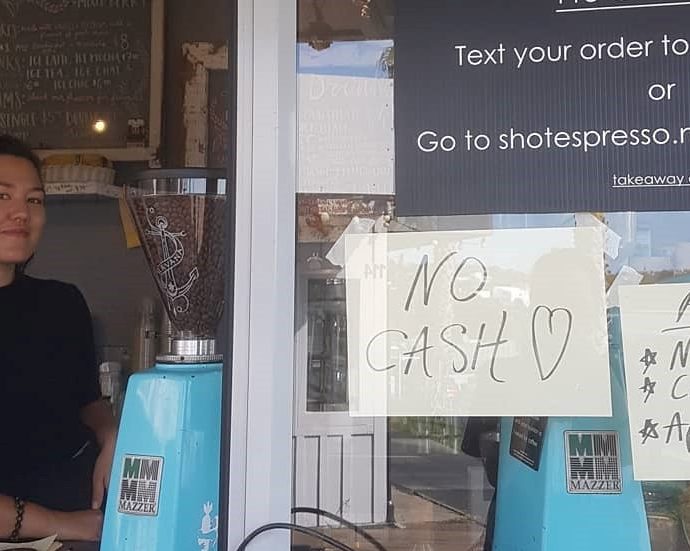 A Conversation With Margaret Palmer