It’s almost lost amongst all the little threads I pulled together for the introduction to tonight’s show, but there it is, lasting no longer than one minute and twenty four seconds, Are You Hung Up is the opening track on the 1968 album WE’RE ONLY IN IT FOR THE MONEY by frank Zappa And The Mother’s Of Invention, who, it must be said, I really can’t be doing with (Memo: be sure to insert reasons here once you’ve actually formulated them)*. The track features, within the musique concrete, a stuttering performance by Eric Clapton, and the album itself, of course, is a satirical attack on flower power, conservative fundamentalism and The Beatles’ Sgt. Peppers, which was released the year before. Generally regarded as one of the best rock albums of all time, not by me though – I’m a fan of its cut-and-paste weirdness more than its songs.

Alone Again Or is the opening track from Love’s third album, FOREVER CHANGES,  and this really, really is one of the greatest rock albums of all time, despite being more or less disregarded at the time of its release in 1968. Lushly orchestrated, with shades of Tijuana trumpets thrown into the mix, the album flows with an almost narcotic consistency that, whilst deceptively pretty, mixes psychedelic mind expansion with paranoia, hippie idealism with nihilism, and romance with despair. And it still manages to sound gorgeous and life-affirming.

25 O’Clock is the title track from the debut album by The Dukes Of Stratosphear, released in 1987,the side-project that was better than the main event. 25 O’Clock is a giddy, exuberant romp through the fields of psychedelia by a band who couldn’t quite believe how much fun they were having now they didn’t have to be XTC for the time being.

From Piper At The Gates Of Dawn, of course, Pink Floyd’s 1967 debut and one of my favourite albums of all time. Contains the lines: “Hey ho, Here we go, Ever so high”. Nuff said.

PORT OF NOTES     DUET WITH BIRDS

Wistful loveliness from Japanese retro-duo Port Of Notes with the title track from their 2001 album DUET WITH BIRDS. This is all I or anyone else in the non-Japanese reading world can ever know about them. Unless you know better.

Cate Le Bon’s debut album (no relation, by the way), ME OH MY, was released on Gruff Rhys’s Irony Board label last year. It’s full of sweetly sad acid-folk ballads, with the odd touch of electronic weirdness thrown in every now and then, that deal, specifically, with the impossibility of existence. She writes in the dark and sounds a little like Nico, but whereas Nico was finally swallowed by the darkness, Cate Le Bon seems to wear it like a cloak. There’s a part towards the end of Burn Until The End where the guitars get turned up to 11 that I love – I just have to wait until I’m alone in the house before I can play it.

JIMI HENDRIX     …AND THE GODS MADE LOVE

The opening track from Hendrix’s ELECTRIC LADYLAND, of course, released in 1968. I once listened to this album whilst tripping, just so I could hear it how it was, you know, supposed to sound, and you know what this track sounded like? It sounded like gods making love. Or Hendrix making love to his guitar. Or his cock. Jimi Hendrix played his cock.

IN GOWAN RING     BEAT OF THE MOON

Now, I’m quite a fan of In Gowan Ring’s particularly medieval take on traditional folk songs but I’ll be the first to admit that he also has a tendency to produce music that wouldn’t sound out of place in the sort of gift shop that you’d find at, ooh, The Chalice Well Gardens in Glastonbury, say. It comes as something of a pleasant surprise, therefore, to hear him have a go at a proper song, Beat Of The Moon, from the TIME IS A SPIRAL EP, released in 2007. What you get, when he puts his mind to it is an otherworldly collection of  acid-folk songs laced throughout with those gorgeous medieval elements he’s so fond of but this time all wrapped up in a pastoral psychedelic vibe. Marvelous.

Desolate post-folk from Nancy Elizabeth, whose haunting  Winter Baby, from 2009’s WROUGHT IRON, contains the chill of a child’s frozen nursery room. Her voice, however, is absolutely mesmerising; delicate, cracked and pure, and not unlike Julee Cruise in her role of The Broken Hearted Woman, it speaks of heart-ache and loss but also of the strength that can be found in knowing, too, that winter will someday pass and that springtime, with all its numbed-out promises, will eventually arrive just in time to save you. So it’s only fitting that I have it drift off into…

This goes on forever, I know, but it can, if you let it, grow to fill the room you are in, until you, the room and the music become as one. Indeed, you could argue, that once heard, the music never actually stops and becomes, on some inner level, literally a part of your unconsciousness, which, on some outer level, has a transformative effect on the way you continue to deal with the world. Or that just might be me. Leila Khaled has long been one of Julian Cope’s obsessions, mine too, so when I learnt that the Black Sheep, Cope’s leathery-clad part new band and part free-spirited action group, had recorded a 15-minute version of Just Like Leila Khaled Said for their new album KISS MY SWEET APOCALYPSE 2  I became unreasonably excited. You can imagine my concern, then, when I discovered that this album was, unfortunately, available to ‘Motherfuckers and the children of Motherfuckers only’. Was I Motherfucker-ish enough to get my hands on a copy, I wondered? As it happens, I was; it took a while, but I was, eventually, Motherfucker-ish enough to get my hands on a copy of the album. So what you get is a very rare Julian Cope track, all 15-minutes of it, in fact, available for the first time for the non-motherfuckers amongst you – may it help you achieve full psychic meltdown. Enjoy.

9Bach specialize in creating new arrangements for Welsh folk songs which they then sing in their native language. These songs then transport y

Some pretty messed up vibes from Mark Vidler (otherwise known as mash-up legend Go Home Productions) with a track from his debut album proper THE FUTURE, THE PAST, AND THE PRESENT TENSION, released last year and available as a free download from his site www.gohomeproductions.co.uk

Broadcast and The Focus Groups album INVESTIGATE WITCH CULTS OF THE RADIO AGE, also released last year, is verily a trip unto itself. I’m almost tempted to say you that you no longer need Mind De-Coder, you simply need to get your hands on this album, and it will take you some place deep inside your mind and give you something to play around with. The album is intoxicating and lovely, and yet sounds like a three-legged kitten let loose in a china shop; songs are stumbled upon out of the static of a shortwave radio, they loop themselves around demented nursery rhymes before disappearing once again into a toytown world where there are glimpses of a song round every corner. Obviously I’m only allowed to play it when everyone else has gone out.

This song actually sounds like a flashback, and is, indeed, a flahback to Picnic On A Frozen River, from their second album, SO FAR. Taken from their fourth album, FAUST IV, released in 1973 and kind of regarded as their most conventional album, Giggy Smile nevertheless remains a krautrock classic. If I tell you that this was one of the most traditional rock songs they ever made, I’ll let you draw your own conclusions.

THE SHAGGS     YESTERDAY ONCE MORE

There’s a story about a remote Tibetan village that makes pizzas for the few tourists who manage to make it that far, despite no one in the village ever ever having actually tasted a pizza before. Their only idea of a pizza came from photographs. Using the photo as their starting point they proceeded to make a pizza using local ingredients without any overall idea of what the resulting product should actually taste like. In some ways, this story is similar to how The Shaggs came to record an album; it was as if they’d  seen pictures of rock bands before but had no idea about what they actually sounded like or how their instruments were actually played. The resulting album, PHILOSOPHY OF THE WORLD, released in 1969 by three sisters who really couldn’t play their instruments but who were nevertheless encouraged by their father to cut a rock album, is generally regarded as the worst album ever recorded and yet, crucially, it is always an album that people speak well of. Frank Zappa went so far as to say that The Shaggs were more important than The Beatles, but as I’ve mentioned before, I really can’t be doing with him.

Yesterday Once More isn’t actually taken from PHILOSOPHY OF THE WORLD as such, rather from one of the many re-issues that comes out every now and then with bonus tracks. By this time they were obviously starting to get more or less competent and had they continued to do so they would have perhaps lost their charm. Nevertheless, I think this version of The Carpenter’s Yesterday Once More has just the right amount of hopeful naivety that they brought to their earlier recordings and is included here because it never fails to raise a smile round my house (people being in notwithstanding).

And at some point round abouts here Napolean XIV’s They’re Coming To Take Me Away, as messed up by MP3J, kept coming in and out of focus in a pleasingly psychedelic manner, and yes, that was some Bill Hicks too,  before…

I wish it really had been like this. Available from  http://evolution-control.com/ 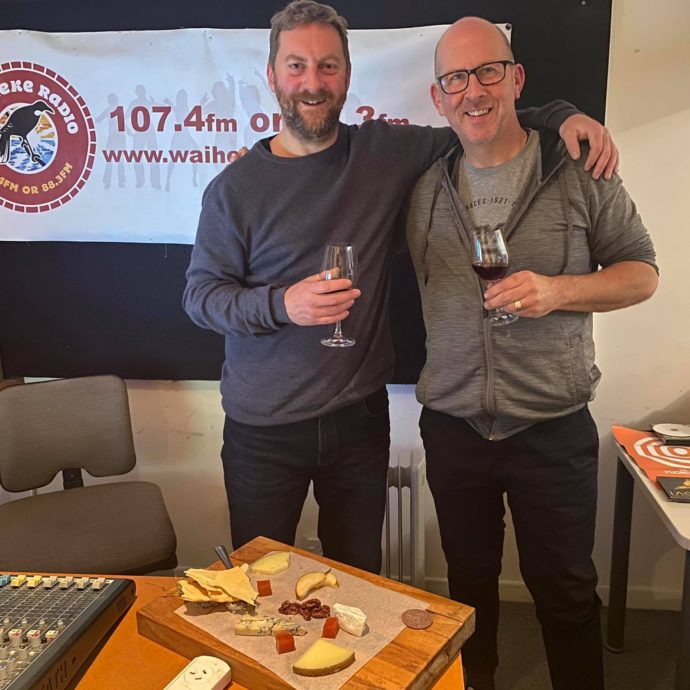 A Joint Conversation With Marco Edwardes 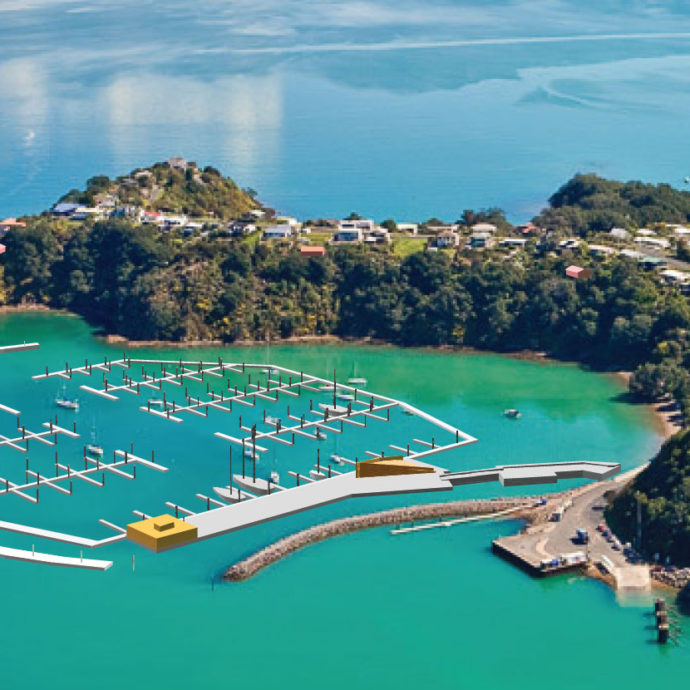 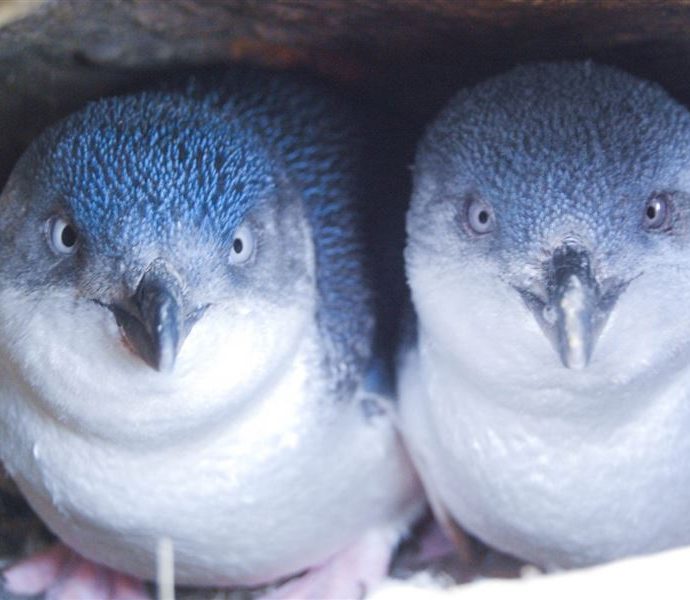 Save Kennedy Point Settle with Marina