For a full tracklisting and more, check out the Mind De-Coder blogsite here

Strictly speaking, this is more groovy than psychedelic but it’s not a distinction I particularly wish to labour. HER are one of those bands that don’t seem to exist enough for anyone to know about. This track appears on the very fine WORLD IN WINTER: EL CHRISTMAS, (2002), a fantastic collection of sugary Christmas songs from the now sadly defunct EL record label that once upon a time brought us the brilliantly realised albums by death By Chocolate and The Lollipop Train that I’m so fond of; as well as other candy coated pop confectionaries from the 70’s and 80’s, and which acts as the perfect example of what you can expect to find on the rest of the album.

“You  know, if you stop and think about it, Christmas is really the most psychedelic time of the year”, so says singer James Lowe, and you must admit he has a point, what with “all those coloured lights, a guy flying around the sky with animals” and all those “elves and bells” and all.  I don’t know when they recorded this single, but I found it on the album CHRISTMAS A-GO-GO, released in 2011.

CORPORAL BLOSSOM is the sampler based moniker of Layng Martin III. White Christmas can be found on the album A MUTATED CHRISTMAS, released in 2001. This is the best track on it, but it is a very good track indeed.

Which is followed by what I’m choosing to call a gentle pastiche of The Beach Boy’s Good Vibrations which I’m pretty certain isn’t anything to do with the Beach Boys at all. I expect it’s one of those mash-ups. I found it hidden away on my hard drive with no idea how it got there which is why I can’t tell you much more about it.

Apparently recorded when she was just 12 years old, FANTASTIC EVERLASTING GOBSTOPPER was the name by which the wonderful Angie Tillett delivered her first songs to the world in 1997. She released just four songs under this name before becoming The Lollipop Train for a short while, until releasing two marvelous albums of sugary pop perfection as Death By Chocolate. At this point she was, legendarily, a chambermaid in the faded English seaside resort town of  Clacton-on-Sea which somehow made her perfect; (I wrote her a fan letter once but she didn’t reply). I think I read somewhere that her recording days are now behind her and she was trying to become a councillor or a Mayoress or something , which somehow really upset me. That may have been a different Angie Tillett, though. You can find this track on SONGS FOR THE JET SET VOL. 1, a fantastic compilation of suave, space-age, chic psychedelic pop released in 1997, and that WORLD IN WINTER: EL CHRISTMAS album I mentioned earlier.

Plan 9 are a neo-psychedelic band of the trance-a-delic variety who seem to have been around for the last 30 odd years or so which is surprising what with them having made no impact on me whatsoever. MERRY CHRISTMAS was released as a single in 1984 and has a certain lysergic quality to it.

SCOOBY DOO AND THE MYSTERY OF THE MISSING SANTA

It is Christmas time at the Home Sweet Home Orphanage. All the kids are anxiously awaiting the annual visit from the local department store Santa, who is bringing presents for everyone. But Santa never arrives! No one knows where he is!! SANTA IS MISSING!!! What kind of a Christmas will the orphans have? Scooby-Doo and his friends go into action. Can they find Santa in time to make it a Merry Christmas for the orphans?

Taken from the album EXCITING CHRISTMAS STORIES WITH SCOOBY DOO AND FRIENDS, released in 1978, this story features the voices of the original cast, so I’ve given you the whole 14 minutes. Best of all, there’s not a Scrappy-Doo in sight.

I was going to play around with this track a little bit but decided that it’s actually messed up enough as it is. This was released as a single back in 1959 when Christmas really meant something. Sadly I’ve not been able to discover who Little Cindy was or who she grew up to be.

THE VIRGINEERS    CHRISTMAS IN MY MIND

Another tripped out Christmas track from The Virgineers, released in 2003 as a download from their web-site.

Pretty much does what it says on the label – this is the full 7.48 minutes of the fan club flexi-disc which also features a notable rendition of Nowhere Man played by Tiny Tim for no good reason at all, as far as I can see. Produced by Kenny Everett, trivia fans.

MISTY’S BIG ADVENTURE     HAVE YOURSELF A PSYCHEDELIC CHRISTMAS

Misty’s Big Adventure are an 8-piece band from Birmingham who specialize in an eclectic, if not exhausting, mix of jazz, lounge, psychedelia,  2-tone, pop and punk, but for this, the B-side to their 2005 single release Where Do Jam Jars Go At Christmas Time, they set the phasers firmly on psychedelia and knock out a wonderful little Christmas stocking filler.

Turquoise were one of those cult psych-pop acts who produced two highly regarded psychedelic singles and then disappeared back into the 60’s never to be heard from again. Despite never actually cutting an album, I came across this track as a bonus track on their album THE FURTHER ADVENTURES OF FLOSSIE FILLETT, which collects together every thing the ever recorded for fans of that sort of thing, released in 2006.

CHEECH AND CHONG     SANTA CLAUS AND HIS OLD LADY

Released as a single in 1971, would you believe? And if you are as high as they were when they made it then you no doubt would agree that is an hilarious holiday skit.

K-pop doesn’t start with Gangnam Style, you know. In 1969 Korean guitarist Kim Hong Tak’s band HE5 were one of the most popular groups of the decade, playing a heavy psychedelic sound to a pleasingly bemused audience. Auld lang Syne is to be found on their far out and gone Christmas LP MERRY CHRISTMAS PSYCHEDELIC SOUND, released in 1969, which is just as good as it sounds.

THREE WISE MEN     THANKS FOR CHRISTMAS

A pseudonymous Christmas release from The Three Wise Men, otherwise known as XTC, who released this cheerily poptastic single in 1983. Sadly it failed to chart otherwise you’d be hearing it all over the place come Yuletide. It’s almost impossible to find, but you can find it on the album RAG AND BONE BUFFET, released in 1990.

This was followed by a short promo for the Toys For Tots promo from some time in the late 1950’s, I’d think. (Can I just say if I had a radio voice like Nat King Cole’s I wouldn’t be such a fan of the speed-it-up-and-slow-it-down button). Toys For Tots, of course, is a program which distributes toys to children whose parents can’t afford to buy them toys for Christmas. When I found out it was run by the United States Marine Corps I started thinking about napalm and little children running in terror through the early morning mist wit their skin falling off behind them, so I had it segue into:

Mr Fab is the man behind the RIAA, a sound collage project heavily involved in the mash-up scene. I’ll Be Home For Christmas can be found on the download album MR FAB AND HIS BAG O’ TOYS, released 2004. Check out his other albums at http://mrfab-riaa.blogspot.co.nz/

A rare recording written for a one-off performance on BBC radio in 1969, during the Zabriskie Point soundtrack sessions. It is notable as the last of only five Pink Floyd songs to feature Mason on vocals (go on then – Syd Barrett’s Scream Thy Last Scream, also unreleased; Corporal Clegg; Atom Heart Mother; and One of These Days). Somehow, you learn this sort of thing and then you can’t forget it.

This is actually the second half of the 1967 Beatles fan club disc, which was recorded to sound like a number of groups auditioning for a BBC radio show. It’s not unlike their great un-released track You Know My Name, Look Up The Number which they’d recorded earlier that year.

THE CHESTERFIELD KINGS     CANNONBALLS FOR CHRISTMAS

There’s an argument to be made for The Chesterfield Kings being responsible for launching the 1980’s garage band revival, but beings I was never a big fan of the scene, it’s not one I’m prepared to go into – but that’s the sort of band they were. Cannonballs For Christmas can found on their 1994 album LET’S GO GET STONED, a suitably festive sentiment, I’m sure you’ll agree; as would, no doubt, the astronaut Frank Borman, the commander of Apollo 8, the first mission to fly around the moon in the last 10,000 years or so (if certain arcane texts are to be believed) whose seasonal message to earth I played towards the end of the track.

I’m sure when I had the first inklings of what to play on this Mind de-Coder Christmas Special, I had a really ‘up’ track to go out on, despite not being too thrilled at the world not ending on Dec. 21st like I’ve been holding my breath for the past 20 odd years or so, since I first came across the so called Mayan “prophecies”. However, whatever that no doubt inspirational track was, I’ve forgotten it. Instead, I thought I’d go out with this, 7 O’clock News/Silent Night, by Simon and Garfunkel, which still, after all, has the ability to send shivers down, and, indeed, even up, the spine. It’s from their album PARSLEY, SAGE, ROSEMARY AND THYME, of course, released in 1966, but what not everyone knows is that the news bulletin contained therein is actually taken from the night of August 3rd 1966 and not, as one might have hoped, from the actual Christmas Eve of that year. That shouldn’t, however, detract from the chilling power of the song (although it does a bit, let’s face it).

Some wise parting words from XTC’s Andy Partridge that I’m sure we all share at this time of year. Taken from the album HOLIDAY GREETINGS FROM GEFFEN RECORDS, released 1991, just before they no doubt threw the band off the label. Bastards.

Have a happy psychedelic Christmas yourselves from Mind De-Coder! 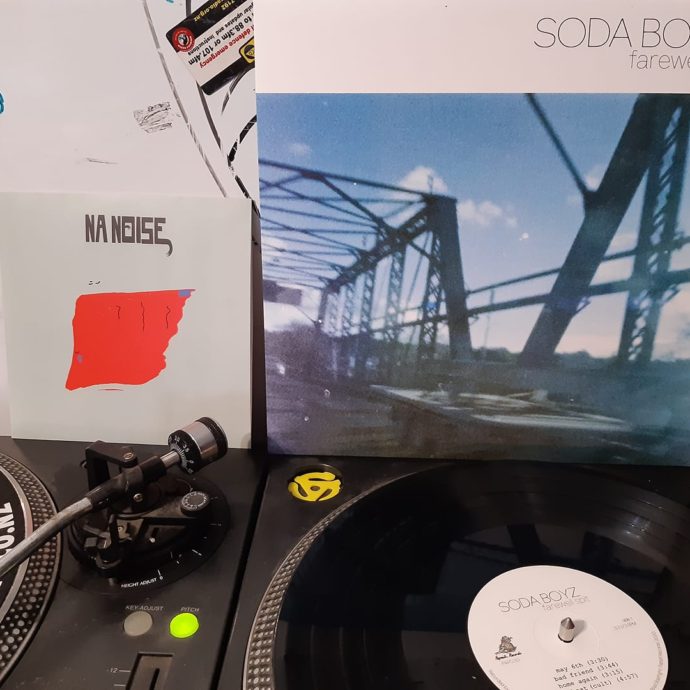 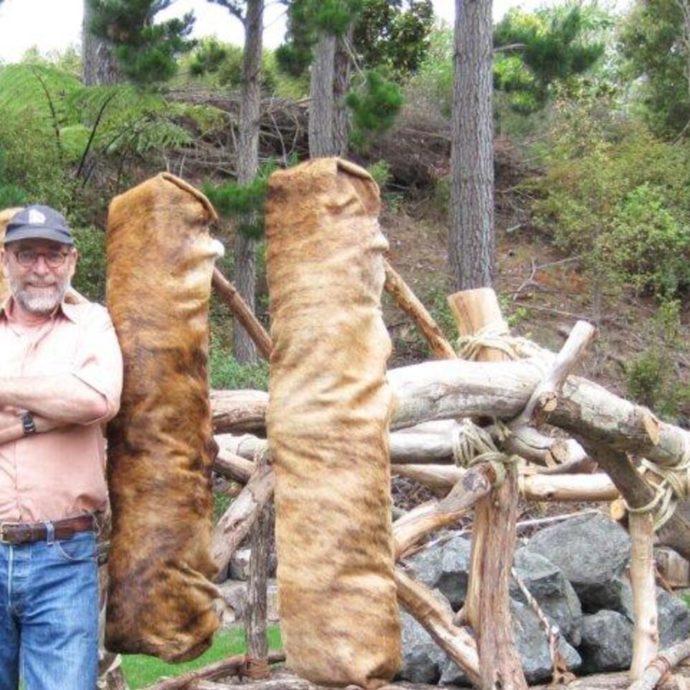 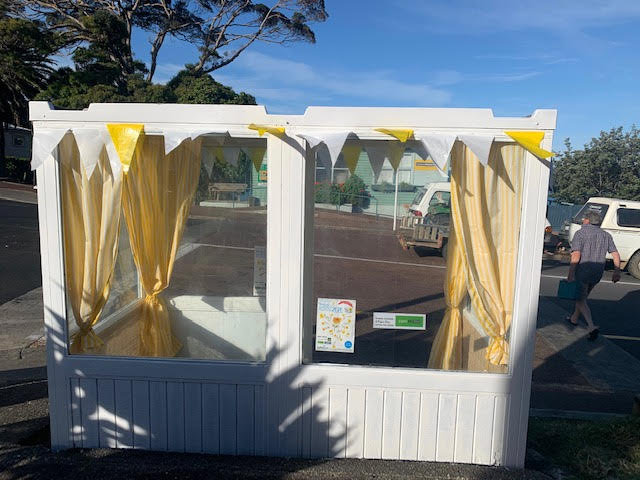